Bell the "girly" one of The Strongershine Girls. She is known for her very sweet and pure-hearted demeanor. Her signature color is white.

Bell is known to be some what girly. She enjoys helping others in need, as she saves their home, Landville. Bell also rarely shows a side of anger, but shows it by crying, as Bubbles would. Bell is optimistic and cheery, who has full hope of teamwork. One of her actitives would be consider coloring, playing with stuff animals, or play with her sisters. She is also naive and a bit of a dimwit at times. Bell is very kind, sweet, nice, playful, and generous. At times, she can be very sensitive and timid, but has shown to be willing to face her fears for her sisters. She is reffered as "the cute and the flower."

Bell is also appeared as Villain in PPGD (which she was orginally created by Bleedman.) & The Shadowpuff girls one of the Griddles characters. She and Barasia also appear as main villains in PPGT.

Unfortunately, Bell has no powers. She can't do anything, so her sisters call her Worthless. The only thing she can do is cry and talk, and she doesn't have any superpowers. 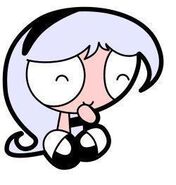 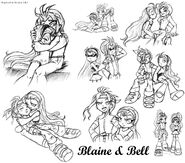 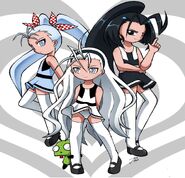 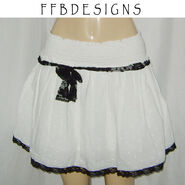 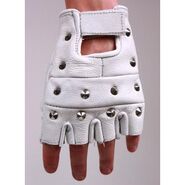 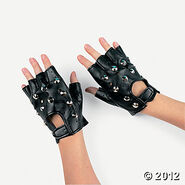 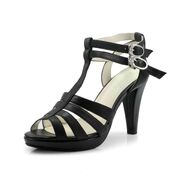 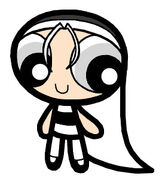 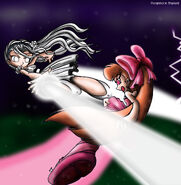 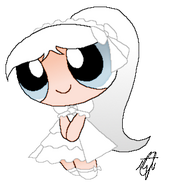 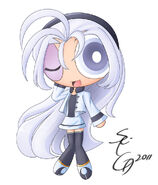 Bell and Blaine
Add a photo to this gallery
Retrieved from "https://blossom.fandom.com/wiki/Bell?oldid=22288"
Community content is available under CC-BY-SA unless otherwise noted.